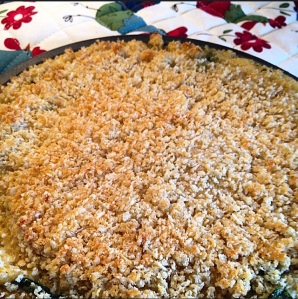 Since I can’t have mac and cheese every day of the week, and I really try to avoid eating it as much as possible because it really isn’t the healthiest of dinners, I decided to try out a healthier version this week.  I have cooked a lot with quinoa in the past, so when I found a quinoa mac and cheese recipe from Tasty Kitchen I felt like I just HAD to try it out.  Oh, and the recipe also has some spinach in it which adds some nutrients to the dish which gave me all the more reason to try it. 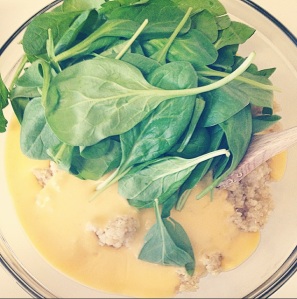 I really like the recipe that I chose because I could switch out the butter, cheese, and milk for lower fat or lower % options. It also doesn’t require a lot of time, ingredients, or effort- a recipe right up my ally.  You can pre cook the quinoa beforehand, the sauce is really easy to make, and to bake you just have to make the topping and place in the oven.  Quite simple if you ask me.  Check out the recipe below for a healthier mac and cheese below!

In a medium saucepan add butter and flour over medium heat. Whisk continuously until it all clumps together. Whisk in milk and, while continuously stirring, increase heat to medium/high and bring to a boil. Stir in the nutmeg, salt & pepper, and cheese. When cheese sauce is all mixed together, remove from heat.

Place in the oven and bake for about 20 minutes. Remove and enjoy!